On the Road with Khalid Part 1

It’s been a crazy and amazing ride for El Paso’s hometown hero, Khalid Robinson. Not only did he debut his most famous single to date, Location, in July of 2016, but he also signed on to RCA Records and had one of the best selling albums of 2017, American Teen.

He would finish his incredible rookie year with (5) grammy nominations for Best New Artist, Music Video, R&B Song, Song of the Year, and Best Urban Contemporary Artist. Not too shabby.

This brings me to share a unique view I myself have had of Khalid and his music. As a location sound mixer for the film and television industry, I have the opportunity to work with many talented individuals.

This story in particular, is about how I first met Khalid and his mother Linda Wolff, and how their story evolved into what it is today.

I received a call from FADER magazine in New York about a documentary short film they wanted to produce for a new up and coming artist named Khalid Robinson, who just happened to live in El Paso, TX.

The gig sounded like fun and I was curious what kind of musician FADER was profiling, so naturally, I signed up for the project. We were just a team of (3), the Producer, Director/DP, and Location Sound Mixer.

The first person we met when we arrived was Linda Wolff, Khalid’s mother. She mentioned that Khalid was out and about with his friends from high school and that he would be returning shortly.

We began the day with her interview, outside in the backyard of her home. It was here that I learned of Linda’s amazing life, singing talent, and her 23 years of service in the United States military.

"I felt like I've served my country and done things in 23 years I’m proud of. This has given me a lot of opportunity to do things in a normal capacity that I would never have the chance to do. Changing over to the band, becoming a bandsman, musician and being able to travel and be an ambassador for this great nation and being able to sing for dignitaries, to be one of the only ones that was able to perform in red square in Russia," said Wolfe.

After her interview, Khalid arrived home and we proceeded to interview him in his living room about how he began his singing career with the love and influence of his mother.

He also told us about how much love and support the city of El Paso had given him, despite only having lived in our fair city for no more than a year. 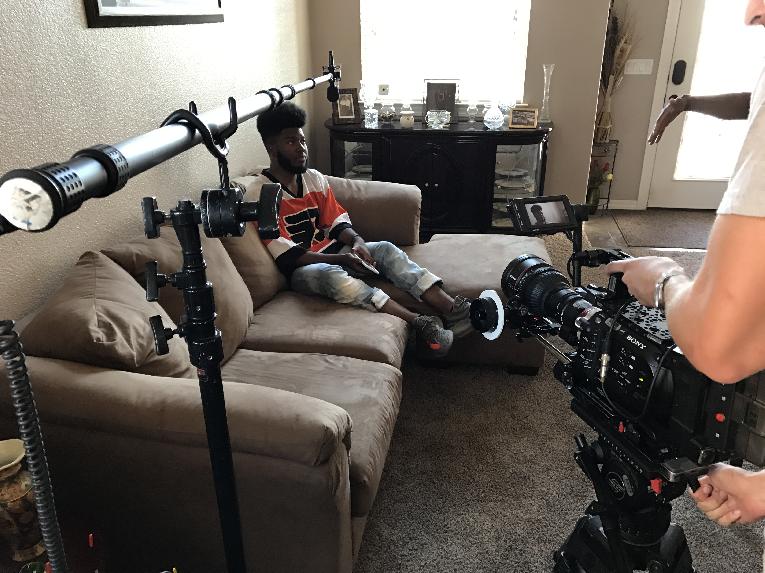 After we finished his interview, we travelled with Khalid and his friends Joseline and Gerry to the Socorro Stadium for some Friday Night Lights fun since his alma mater, Americas High School was playing that night.

After his Friday Night Lights debut, Khalid and co. went to everyone’s favorite place to celebrate, Whataburger! Thus ended my first day of meeting and working with Khalid.

The next day, we all met up at Beacon Hill Recording Studios, where we met Alfredo Gonzalez and Orlando Gomez. The two of them were the lead collaborators for Khalid's upcoming album, American Teen. Alfredo, Orlando and Khalid were still doing some touch ups and mixing for the upcoming album. 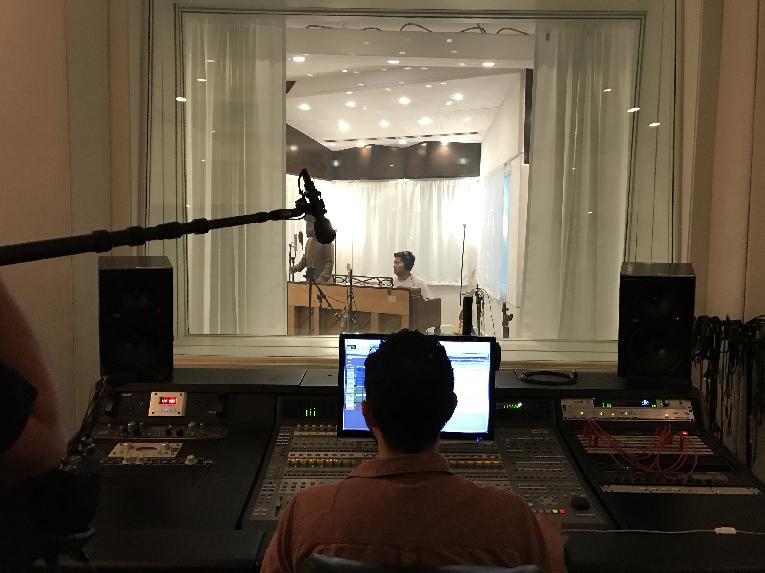 At this point, I had yet to hear Khalid sing. The lights in the studio dimmed, Alfredo readied his hands on the piano, and Orlando began mixing in the studio beyond the glass window.

My eyes widened and ears perked up as I heard Khalid’s and Alfredo’s duet of Shot Down being performed right in front me. After they finished their performance, my mind had come to one single conclusion, this kid is going to be a star! 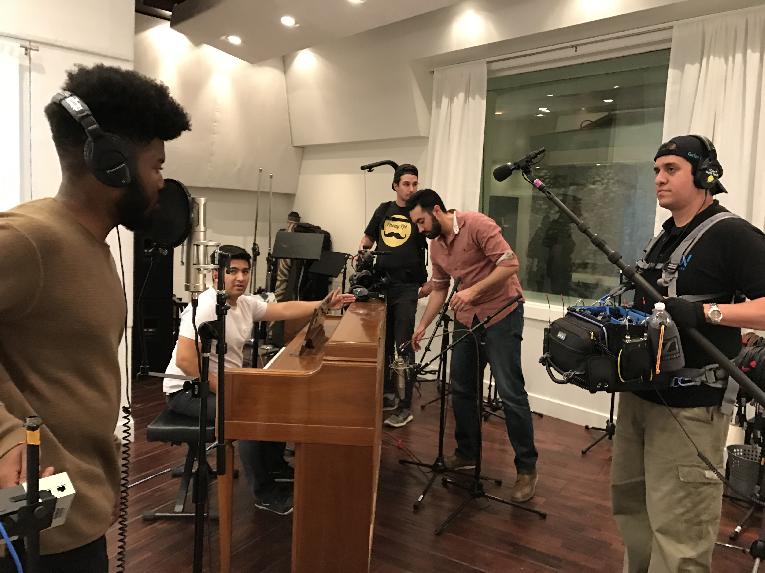