My journey into the world of politics began ever so gently at the beginning of 2018 with the production of Veronica Escobar's commercials announcing her candidacy to run for Beto O'Rourke's old seat in the House of Representatives. 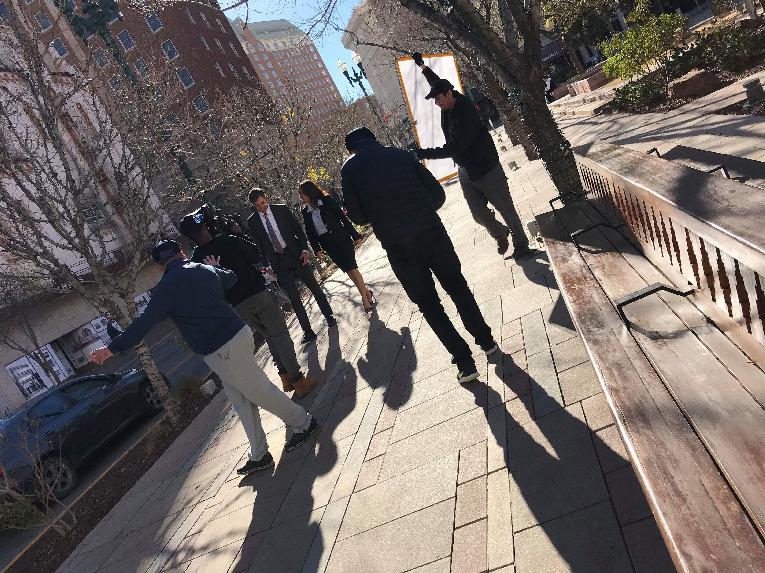 Working with 76 Words, we produced various TV spots for Ms. Escobar's campaign, including the one below.

Beto O'Rouke even came on board and participated in one of Ms. Escobar's TV spots during her primary run in March of 2018. As you all know, Beto would move on to challenge Senator Ted Cruz for his senate seat in the Fall of 2018.

After finishing the TV spots for the Veronica Escobar campaign, I moved on to some other political clients via 76 Words production schedule.

There were a record number of people running for public office in 2018, and as such, Producers were needed in various parts of the country to put TV commercial campaigns together.

It wasn't just my producing that was in demand, but so was my skill for Location Sound Mixing. After I completed work with the Escobar Campaign, I would go on to Sound Mix a TV spot for New Mexico senator Martin Heinrich.

We visited almost every southern corner of New Mexico as we met with several people in Las Cruces, Mesilla, Alamogordo, and Silver City.

Soon after that, HBO's Vice News came to Tornillo, TX, which is about 30 minutes outside of the city of El Paso but still within El Paso County.

I had the opportunity to work with Evan McMorris-Santoro, a veteran political reporter for Vice News who interviewed Rep. Will Hurd (R) and his challenger Gina Ortiz-Jones (D).

Both Will Hurd (R) and Gina Ortiz Jones (D) were campaigning for the Texas 23rd Congressional District; a district that is roughly the size of Georgia within the state of Texas. This race in particular came down to the wire in the fall election of 2018 between Hurd and Ortiz Jones.

It was right around this time that I myself was planning a local run at City Council District 1, the district where I currently reside in El Paso.

Also in the works, I had the kick off  event for the El Paso Film Festival at the Alamo Drafthouse in April 2018 and additionally announced that the Film Festival debut would be scheduled for September 14-16th, 2018.

Running a business, a film festival, and a political campaign? Talk about biting off more than you can chew! It was time to test the limits of what I could do with all of my resources and local connections.

As if that weren't enough, I also began working with director David Modigliani and Producer Rachel Ecklund as a location sound mixer with their documentary film Running with Beto.

What would happen next is something I will always cherish and remember forever. Friends, family, and complete strangers (who are now good friends) all came out to support my campaign. 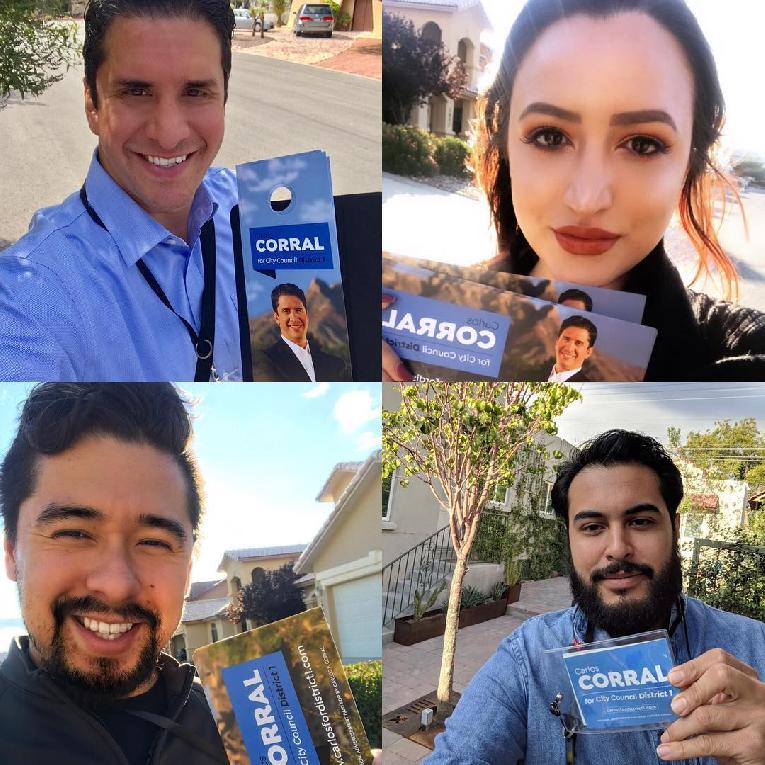 I had to make a big splash since I had no name recognition. My wife Sandy and I used our producing skills and knowledge of commercial production to produce the web/social media spot for my new campaign. The two of us are alumni of The University of Texas at Austin and hold bachelor degrees from the RTF department.

Being in charge of Texas Student Television, the only student run FCC licensed television station during our college years, also elevated us to work collectively and cohesively with a team.

With the help of my family and our friends Andrea Calleros, Mario Vasquez, Diego Rico, Neal Barenblat, Jesus Nunez, Leti Pena and the teams at Mindful Creative Group and DoubleScope Films, we were able to produce a a pretty impressive web spot.

There was also one other person who was a huge help in helping document this campaign, and that was Nico Banales, a photographer here in El Paso who I met when I announced my campaign to run for City Council. 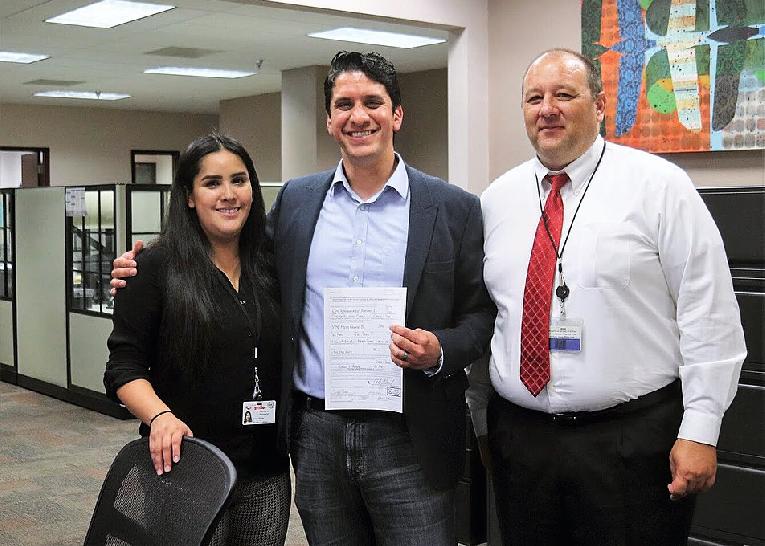 Nico was there to photograph a lot of firsts for me, including when I filled out the official application to become a candidate at City Hall as well as various other parts of my campaign. Thank you for all that you did amigo!

Since I was running against incumbent Mr. Peter Svarzbien and two other opponents in District 1, Veronica Frescas and Richard Bonart, I know I had my work cut out for me, as this would be the first time I would truly enter the world of politics, not as a Producer, but as a Candidate.

There was something that did surprise me while on the campaign trail, and that was the great attitudes and respect of all of the candidates that were in the District 1 race. 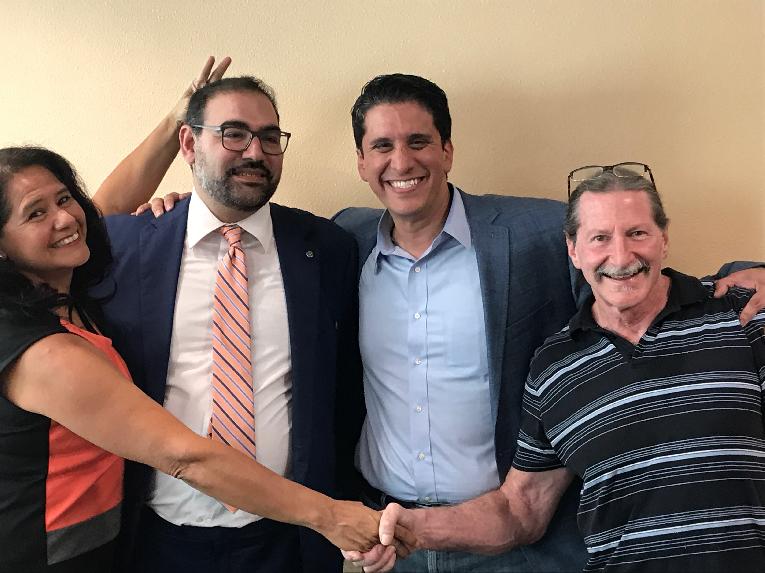 The four us would run into each other at various candidate forums and events, and while we all had our reasons for running, talking to one another about our lives, experiences, and plans for the future was something that brought us together in a unique way.

While the District 1 campaign was going on, I was planning to launch the debut of the El Paso Film Festival. September 2018 had arrived, and we screened (43) independent short films and (5) feature films.

The feature films that were included in the 2018 competition lineup included:

Tejano by David Blue Garcia, Time Trap by Mark Dennis and Ben Foster, Home + Away by Matt Ogens, Run Like the Devil by Dr. Steve Mims, and You Can’t Say No by Paul Kramer. 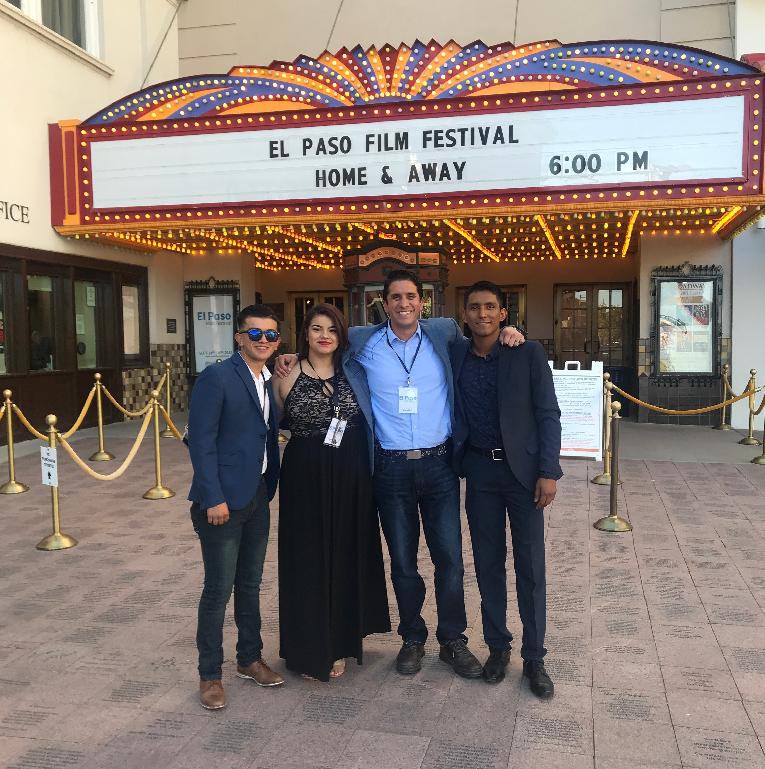 Home + Away and Run Like the Devil both had special connections to El Paso. Matt Ogens’ documentary about Bowie High School shares a unique perspective of what it’s like to grow up in a bordertown while Dr. Steve Mims’ documentary focuses on our homegrown hero, Beto O’ Rourke, and his current run for the U.S. Senate seat against Ted Cruz.”

And of course, we made a few headlines of our own as Ted Cruz supporters took advantage of El Paso's showing of Run Like the Devil at our film festival.

The film festival had been in the works for years, and it was a dream come true to finally see it happen. Remember all those friends and family I mentioned earlier? I couldn't have done it without their help. 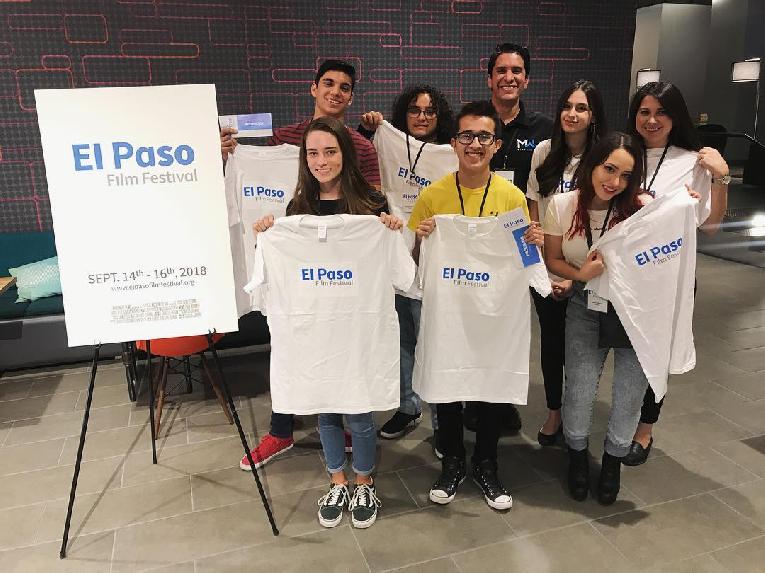 A special thanks to my organizers and volunteers, Sandy, Andrea, Efrén, Laura, Sergio, Manny, and Emma. You all are appreciated! Thank you to all the sponsors and attendees as well. Through art we come together!

Speaking of coming together, November 6th, 2018, Election Day, was finally upon us. The hard work we had all put into the City Council election was now out of my hands and the will of the voters would be revealed later this evening.

So, in order to remain productive, I opted to work with director David Modigliani and Producer Rachel Ecklund as they were in El Paso documenting everything Beto. 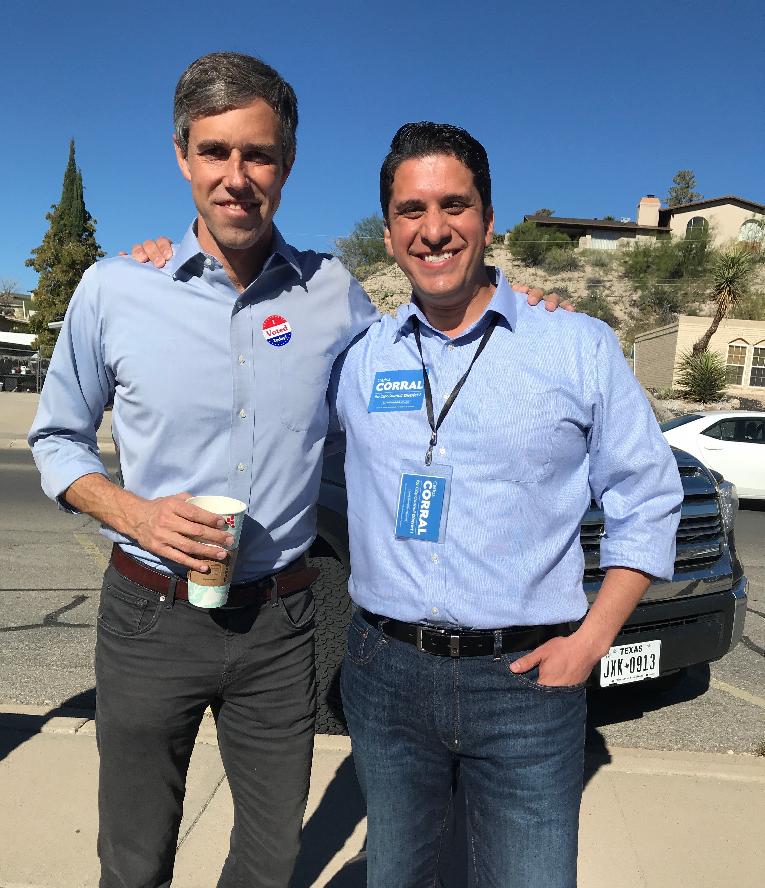 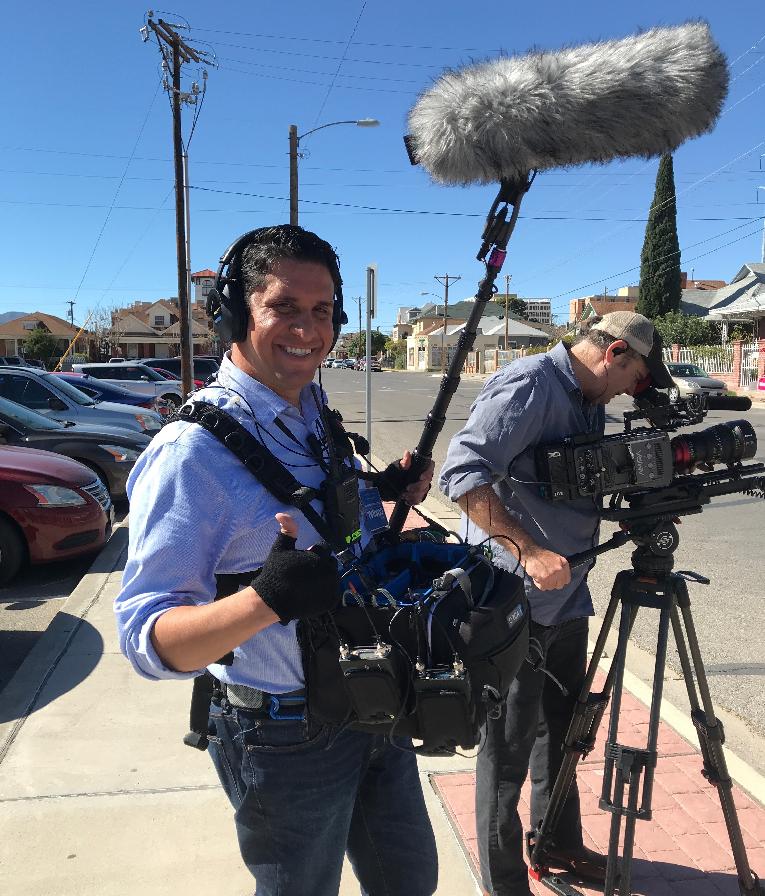 I had the chance to meet up with Beto himself at polls as a candidate, and then, follow him and his team as a location sound mixer, all on the same day. Talk about a unique life opportunity.

This was something I feel would not have been possible had I never mustered the courage to run for public office.

Veronica Escobar would go on to win her race and become one of the first Texas Latinas in Congress. 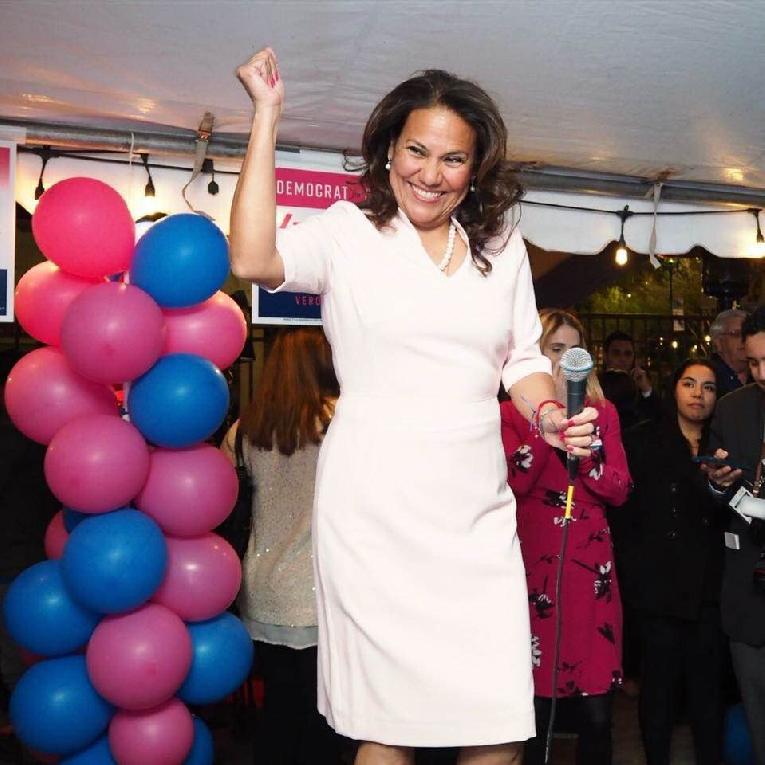 Meanwhile, Beto would lose to Ted Cruzin one of the closest races in Texas history. His concession speech at Southwest University Park would go down in history as one of the best I've heard from any political candidate.

Dr. Diana Natalico and several other friends and family were all there to congratulate Beto on a hard fought race while I remained behind the scenes with David Modigliani and the documentary production team. 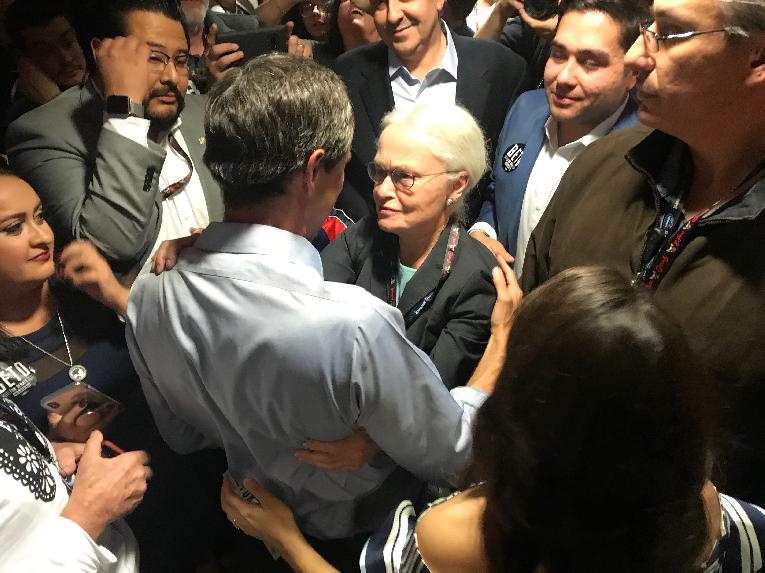 For us all, 2018 was an influx of emotions. We worked hard, knocked on thousands of homes, and met so many wonderful people. We didn’t get the outcome we wanted, but that is okay.

It was an honor and a privilege to run along side Beto, Veronica, and so many others who wanted to get involved and make a difference in their communities. 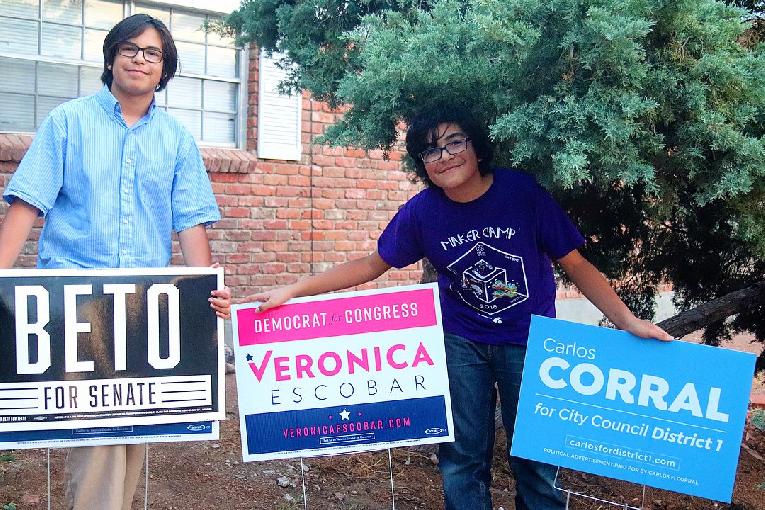 I also want to take the time to thank again everyone that showed their support, donated, volunteered, and worked on my campaign, it wouldn’t have been possible without you all. 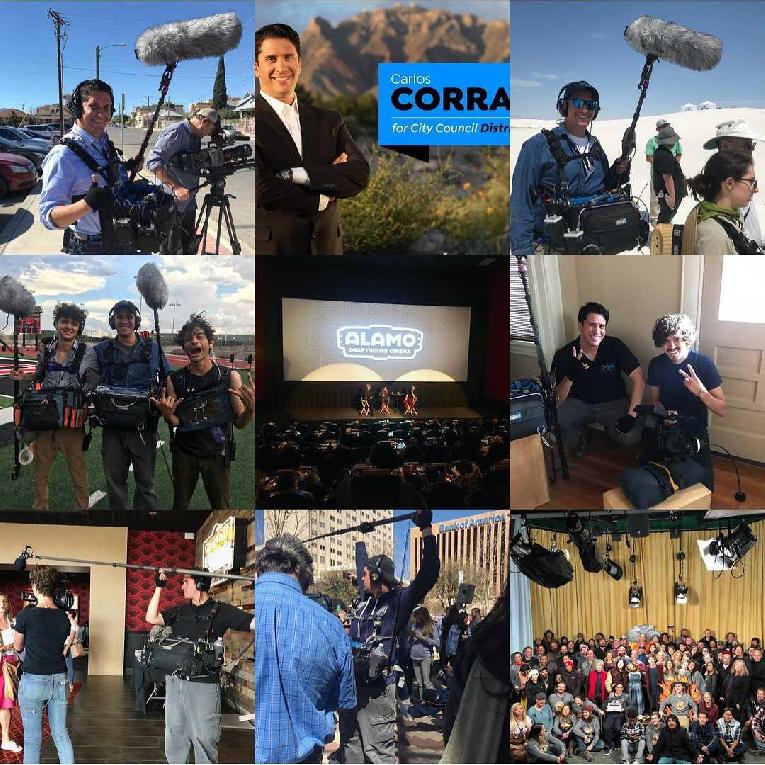 This campaign brought me closer to my community, my family, and my friends. I got to see parts of the city I had yet to see, and it tested me in ways I could have never anticipated, and don’t regret.

Spending various parts of the year with Veronica Escobar's and Beto O'Rourke's campaigns, I feel, served as a guide of inspiration and work ethic that I want to follow and thus lead to my attempt at running for public office. 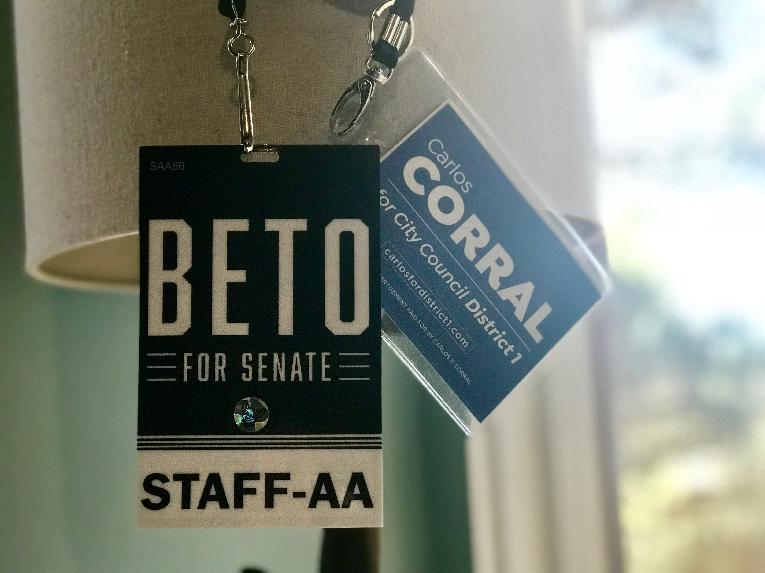 I wish Beto the best, and remember, a loss is not the end of progress, this is only the beginning.